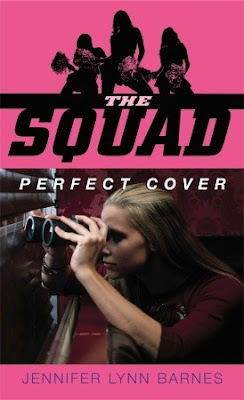 Summary:
Bayport High operates like any other high school--jocks at the top, outsiders at the bottom, and everyone else in between. Enter Toby Klein, a sophomore computer hacker who doesn't play well with others. She has zero school spirit, a black belt in karate, and what her guidance counselor calls an attitude problem. She's the last person you'd expect to be invited to join the varsity cheerleading squad.

But things are different at Bayport.
Bayport's varsity cheer squad is made up of the hottest of the hot. But this A-list is dangerous in more ways than one. The Squad is actually a cover for the most highly trained group of underage government operatives the United States has ever assembled. Athletically, they're unmatchable, though they make it all look easy on the field. Mentally, they're exceptional--but with one flash of their gorgeous smiles, you'll completely forget that. Socially, they're gifted, so they can command and manipulate any situation. And above all, they have the perfect cover, because, beyond herkies and highlights, no one expects anything from a cheerleader.
Toby Klein might not seem like the most likely recruit, but she's never been one to turn down a challenge. If she can handle the makeover, Bayport Hight may just have found its newest cheerleader.

Review:
The cover is so... so pink! the complete opposite of the colours Toby likes, playing a big part to how much she had to change.

16 year old Toby ‘antisocial’ ‘anti-cheerleader’ Klein was one of those girls who slouches at the back of you maths class, is the culprit of ‘jock directed violence’ and who hacked Pentagon at the age of 14. She ‘has been known to use her sharp mind and clever puns for evil, rather than good’ but also, as many of the cheerleaders and jocks know through experience, has a very ‘infamous temper’.

When Toby (or Ev) thought things could only get worse after being invited to a varsity cheerleading try-out, through coded notes and blue dye, she is proved wrong. She described it as ‘Charlie’s Angels meets James Bond meets Bring it On’... yes, you hear me, these cheerleaders were government operatives and wanted Toby to become their new third degree black belt hacker. Little did she know, already on her first day she had ‘attended her first cheerleading practice. Been recruited to work for her first top-secret agency, had her first makeover, and slapped a hot guys butt’ (which Tara seemed ‘well jel’ about...I can't believe I just wrote that!) for the first time.

Toby is one of the best characters ever! Her sarcasm is epic and will cause you to struggle to come up with acceptable comebacks. I love the way she can just be herself and threaten the jocks (with a fork) and then they just laugh, because thats Toby. But she can't resist the idea of becoming a spy, even if it means spiralling into the popular crowd and cheerleading. She is bad-ass and will make you laugh-out-loud like never before!

This book is full of laughs and sarcasm to last you a life-time and is perfect for gossip lovers with a touch of danger and for those of you who, like Toby (and me!) are not early risers and when we feel like something needs to be said, we just can’t keep our mouths shut. This book will leave you begging for more and trying out all of Toby’s comments and puns, hopefully for good and not evil, like Toby.  There was one thing though, at times I found the book slow paced, but it all depends on the pace of which you like your books.

I will definitely be reading the next book in the series, Killer Spirit. 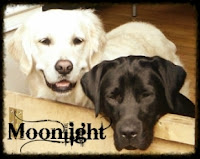