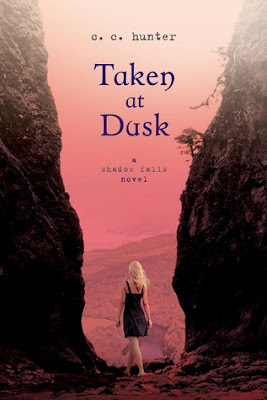 Step into Shadow Falls, a camp for teens with supernatural powers. Here friendship thrives, love takes you by surprise, and our hearts possess the greatest magic of all.
Kylie Galen wants the truth so badly she can taste it. The truth about who her real family is, the truth about which boy she's meant to be with--and the truth about what her emerging powers mean. But she's about to discover that some secrets can change your life forever…and not always for the better.
Just when she and Lucas are finally getting close, she learns that his pack has forbidden them from being together. Was it a mistake to pick him over Derek? And it's not just romance troubling Kylie. An amnesia-stricken ghost is haunting her, delivering the frightful warning, someone lives and someone dies. As Kylie races to unravel the mystery and protect those she loves, she finally unlocks the truth about her supernatural identity, which is far different--and more astonishing--than she ever imagined.

I am not going to give you a summary for this novel, as I feel it will give it away! Just know, that this series just gets better and better.

With every novel, Kylie as a character grows stronger and more empowered. She feels as though she now belongs, and its so pleasant to see her enjoying her experiences now, instead of dreading them. Kylie is a strong and independent female protagonist, whom stands up for what she believes in. And at times, it gets rather emotional. Yet this is what makes Kylie feel so realistic. And the love interest, I take back what I said in the previous novels review. Lucas is way too protective and controlling. And Derek is way better than in the last one. I am definitely Team Derek at the moment (and spoiler for the next review: still team Derek!).

The plot in this sequel was action-packed, emotional and dangerous, yet their are also scenes which will certainly make you laugh out loud because this series would certainly not be without its secondary characters. The stakes are set higher, and lets just say I was rather shocked at the ending. Really shocked, I was not expecting it too happen. And then we find out what Kylie is... Oh My Goodness! I have never switched to the sequel so quickly. And the imagery, I can just visualise everything so clearly, the camp, the forest, the characters, the events. Just amazing.

Therefore a brilliantly addictive and fast-paced read that will have you craving the sequel.